The French Society during the Napoleonic Empire


In the History of France, the year 1801 saw the establishment of Napoleon’s life Consulate. It was his second step towards absolute power since proclaiming himself First Consul in 1799. This change brought about a more powerful monarchical aspect to Napoleon’s regime. Also, since then, he held the image of a real monarch.

Ever since 1799, the new regime started to appropriate a part of the royal ceremony, thus facilitating its way towards an imperial regime. 1804 was the year of the final step. Initially, the French Tribunat proposed the proclamation of the Empire, however, the Senate vetoed the law by asking for guarantees such as the observation of  certain rights – freedom of the press, freedom of speech, ministerial responsibility etc. Yet, the Senate members’ opposition was defeated and they were convinced to approve of the proclamation of the new regime. In May, the Senate proclaimed the Empire through a procedure provided by the new Constitution (The Constitution of the Year XII) and confirmed by a national referendum. Therefore, France had a new Imperial regime after less than a decade since the Revolution and the assassination of the last king.

After the proclamation of the Empire, the problem of the coronation arose. In the end, a typical monarchical coronation ritual took place. Napoleon certainly marked the occasion by making the coronation resemble closely the one Charlemagne-the king of the last great French Empire-had. The only difference was in the Papacy’s role:if in the Middle Ages, the Pope’s participation to the ceremony legitimized Charles the Great’s role, whereas Napoleon was concerned, Pius VII had no role to play whatsoever and was a simple spectator in the audience.

In 1790, France reached its maximum demographic potential with a population of 28 million inhabitants. Napoleon was actively involved in the problem of demography, because of its important effects on the society and state (from a military and fiscal standpoint). Therefore, the first modern Bureau of Statistics in the History of France was established. In its 12 years of existence, it would make numerous important inquiries.

During this particular time in the History of France, there could be noticed the signs which indicated the transition to the modern demographic regime. They indicated a decrease in birth rate as well as in mortality (including infant mortality). What were the causes of this sudden change? Firstly, entering the Modern Era meant the end to the subsistence crises, since the époque of famine and great epidemics passed away – the last great epidemic plague took place in 1720;instead of plague, typhus and smallpox became the most dangerous illnesses. Moreover, modernity meant also the process of professionalizing of midwifery and medical aid to the pregnant women which brought about a dramatic decrease in the number of women dying at birth.

Military conflicts between the Revolution and the Empire wars caused the death of 1, 4 million people in France. Historians estimate that the Revolution alone caused 650.000 victims and the Napoleonic Wars 750.000. These statistics include the number of dead soldiers and those who died in the Civil War in Western France (1793) as well as the victims executed during the Terror. It is worth noting that, during the wars, the majority of the victims were not caused by the actual fights, but by the epidemics in the military camps.

Napoleon’s time was a period of evolution for the French society. However, France continued to have a rural society of 80% of its population until the Industrial Revolution. The landowning peasantry was the most important social strata which supported Napoleon and, at the same time, it was the main reservoir of the army.

The peasantry was the social group who enjoyed the greatest increase in wealth during this period. Thanks to a great demand for agricultural products (caused by the war), the prices rose significantly and with them, the peasantry’s income. However, the French agriculture remained unequal, with great differences, which depicted the French society in its entirety.

There are two Frances – France of North and North East which was very advanced from all standpoints (socio –economic, industrial, educational etc) and France of West and South – West which registered lower performances in the same fields. The most important people in rural France were the Priest and the Institutor (teacher). Priests managed to regain their societal position after the secularization period established by the Revolution and they returned to the rural communities. However, it is worth noting the fact that the number of parishes dwindled from 40.000 during the Old Regime to 30.000 in the Napoleonic Period. In comparison to the Priest, the Institutor held a rather inferior position, but had an important role in the rural society.

In contrast, urban France was dominated by small and medium – size towns. Only three urban centres reached and surpassed the limit of 100.000:Paris, Lyon and Marseille. On one hand, urban centres were not very well defined administratively;on the other hand, these particular functions were increasingly important to the imperial bureaucracy. Most importantly, mayors of the communes were appointed by local prefects, whereas the town mayors were appointed by the head of the state.

Whereas towns were concerned, the Imperial period was a transitional period to the modern city type. During this time, the social group of workers appeared and it had an increasingly important role, whereas in the rural area, certain places became industrial towns – for instance, Saint Etienne.

The New Aristocracy and Religion

The so-called notabilities of the regime encompassed a special social category. In 1803, Napoleon created the “nobility of the Empire” which was different from the old aristocracy in that they enjoyed no traditional privileges and had a meritocratic character. Almost 3.600 notabilities were created – senators, knights, ministers, barons – thus establishing an artificial social class which was totally dependent on the Imperial Regime. 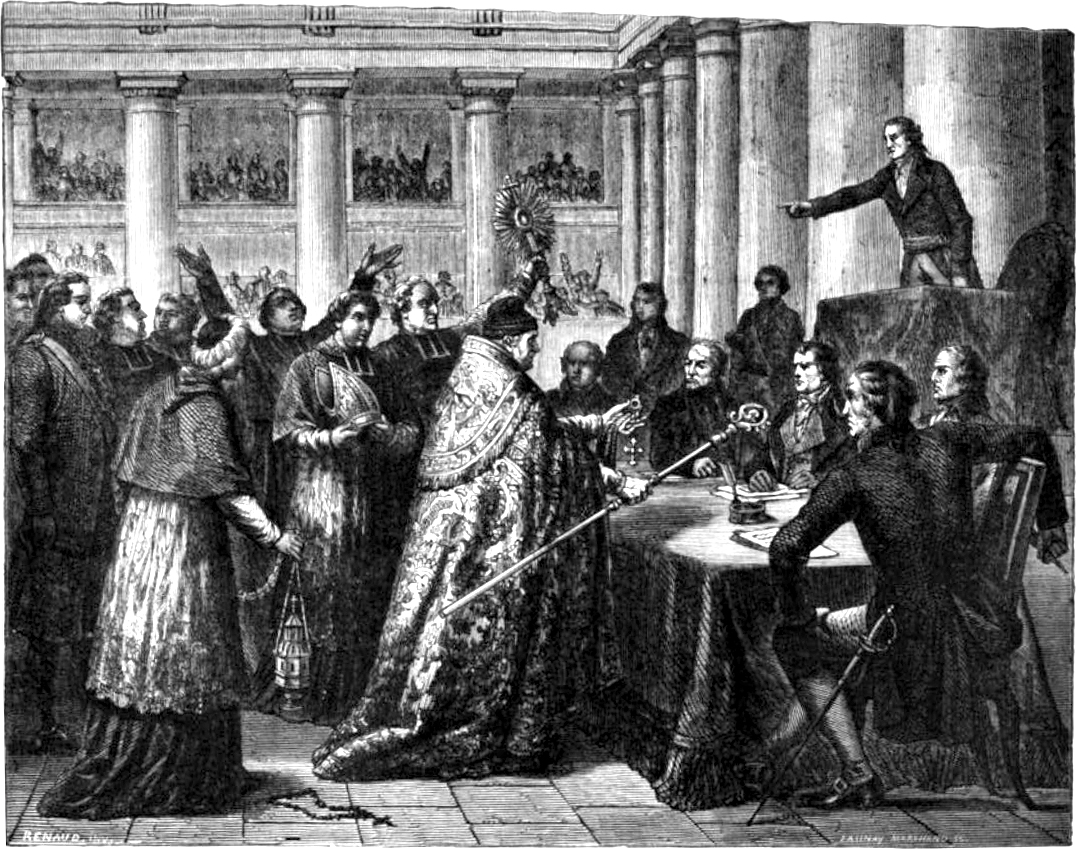 Whereas religion was concerned, a Concordat was signed in 1801 which established a cordial relationship between Napoleon and the Catholic Church. The Emperor was very much interested in the support that the Church could offer to the regime. Also, the Concordat provided the Church with a great number of privileges and rights in the French state. Moreover, the regime stimulated the rebirth of the monastic life and the congregations’ (religious orders) social role in education and medical assistance. The majority of French population was catholic, yet there were almost 800.000 Reformed, 20.000 Lutherans and 77.000 Jews.