The Assassination of Sissi, the Most Popular Empress


Despite the numerous warnings against possible assassination attempts, in 1898, the Empress Elisabeth (better known as Sissi) of Austria Hungary travelled incognito to Geneva. There, she went to the famous Beau-Rivage Hotel, yet it was a tragic coincidence that, at the same time, an Italian anarchist was chasing victims of royal blood on the streets of Geneva.

Ever since her youth when she married Franz Joseph, Sissi avoided spending too much time at the Viennese Court. She felt suffocated by the imperial protocol and, initially, by her mother-in-law as well. Because of this, she made a habit out of travelling for a longer period of time in Europe. As the years passed, her journeys became even longer and more frequent and after her daughter’s marriage in 1890, Sissi rarely spent more than a few weeks per year in Vienna.

On the Saturday of September 10th, Sissi and her companion, Countess Irma Sztáray de Sztára et Nagymihály, left the Beau-Rivage Hotel at 13.35. They took a walk on the bank of the Geneva river, in order to get to the port to board the Genèveship to Montreux.At some point, the 25-year old Italian anarchist Luigi Lucheni approached them and it seemedlikehe tripped hurting Sissi in the process as if he was trying to keep his balance. However, everything was a manoeuvre, in order not to arouse the suspicion of the passers-by. Nobody realised, not even the victim, that Lucheni had actually stabbed the Empress in the chest. 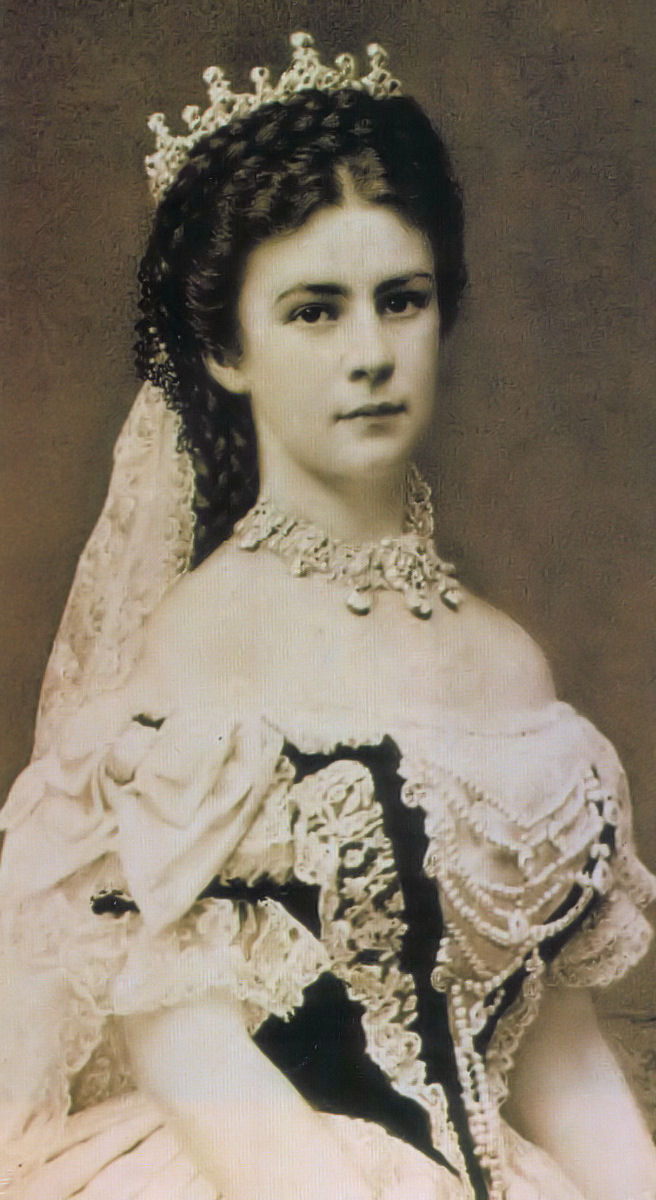 Lucheni was an ex-Freemason, ex-valet to the Prince of Aragon and a railway worker. He planned initially to assassinate the Duke of Orleans, pretender to the throne of France, who was supposed to be in Geneva at the same time. Yet, Lucheni read in a newspaper that the Empress Sissi was in town at the Beau-Rivage Hotel and he decided she would be a better target. Nevertheless, he believed that all aristocrats were the same and they deserved to die;yet, an Empress was a far better target than a simple duke. He would later declare:“I am an anarchist because of my convictions… I came to Geneva in order to murder a sovereign, in order to be an example to those who suffer and do nothing about their social status. It did not matter to me who the sovereign was. I did not hit a woman, but an empress;I had the Crown in mind.” However, when he heard at the trial the testimonies about the personality of the woman he killed, Lucheni seemed to realise he chose the wrong person.

The Empress fell to the ground because of the attacker, yet she did not realise she had been stabbed. Sztaray aided the Empress to get to the ship, yet when she released Sissi’s arm, she lost her conscience. Sztaray asked for a doctor, but since there was none aboard, a nurse who was a passenger on the ship intervened. Sissi was taken aboard and laid on a bench. Sztaray opened her corset so as to make her breathe easily, yet Sissi lost her conscience again, after she came back for a few moments.

Only then did the passengers notice a small blood stain in the chest area on the Empress’ clothes. Alarmed, Sztaray told the captain who the woman really was and he decided to turn the ship back to the port. Sissi was taken back to the hotel, but after a short while, she died. The doctors arrived too late;they pronounced her death at 14.10.

Franz Joseph was at the Hofburg in his study when he was announced via telegram of his wife’s death. His first thought was that perhaps Sissi had committed suicide, but only after a more detailed telegram, did he understand that she had been assassinated. The Emperor agreed to an autopsy which was carried out the next day in Geneva. The doctors discovered that Lucheni’s weapon caused a 8, 5 cm wound inside Sissi’s chest and it pierced one of her lungs and heart.

Her body was laid in an elaborated bronze and lead coffin and was sent back to Vienna by train. The words “Elizabeth, Empress of Austria” were engraved on the coffin;however, the Hungarians took offence at this, because of the close relation between Sissi and Budapest, therefore, the words “Queen of Hungary” were added.

Whereas Lucheni is concerned, he was caught in the same day. He declared he acted alone, yet the authorities doubted it, since Switzerland became the place of refuge for many political dissidents from across Europe. Thus, it was entirely possible that the Italian was part of a bigger plot to assassinate the Emperor.

The shock and the hurt caused by Sissi’s death to the citizens of Austria Hungary were even bigger than those caused by the death of the Archduke (the heir to the throne). Even though the Empress was very loved, people’s sympathies laid with the Kaiser, because he suffered yet another great loss, maybe the toughest of all – after his brother’s death in 1867, his first daughter Sophie’s death and the suicide of his son, Rudolf in 1889. Later, the Empress’ tragic death led to the appearance of a real cult dedicated to her. It survives even today and it is easily noticeable for everyone who visits Vienna.

The Imperial authorities, but also the people, were enraged at the Empress’ lack of protection. The Swiss police was informed of her presence in town and the authorities were advised to take all measures of precaution. The police did that, yet Sissi identified the officers stationed outside her hotel and protested that the protection measures were inconvenient. Thus, Virieux, the chief of Police, decided to call back his officers. Lucheni might have been discouraged by a larger entourage travelling with the Empress, yet Sissi asked for the officers to be dismissed from their positions and sent the rest of her servants to Montreux by train.

Lucheni was judged in October 1898. Elisabeth was considered an innocent victim, because she disliked the life at the Court and was very much known for her philanthropical activities. Therefore, it was argued that maybe Lucheni was mentally ill, because otherwise how could he have murdered Sissi? The decision was that the Italian was very sane, but he was judged as an ordinary criminal, not a political one. He was sentenced to life imprisonment and in 1910, he committed suicide.