When the Cold War ended, the old national animosities were rekindled in the Balkans and they exploded when the Republic of Bosnia and Herzegovina declared its independence from the old Yugoslavia (at the time was made of Serbia and Montenegro). The conflict that ensued brought face to face the Serbs and Bosnian Serbs on one hand and on the other hand, the other two nationalities living in Bosnia Herzegovina – the Croatians and the Muslims (the Constitution of 1971 gave them the status of distinct nationality).  The Bosnian Serb leader-Radovan Karadžić-decided to wage war against the others after President Alija Izetbegović declared the country’s independence which was immediately recognised by the European Commission.

Izetbegović was prompted to declare the independence after 60% of the population (the majority of Croatians and Muslims) decided in a referendum that the country should separate from Serbia. However, the Bosnian Serbs refused to participate and declared the Republika Srpska. Therefore, Bosnia Herzegovina became a torn country:an important part of its population was manipulated by Belgrade and its now infamous leader, Slobodan Milošević who wanted to keep it inside the confines of what he deemed Greater Serbia was. The other part of the population, namely the Croats and the Muslims, wished to have an independent country just like Croatia and Slovenia. 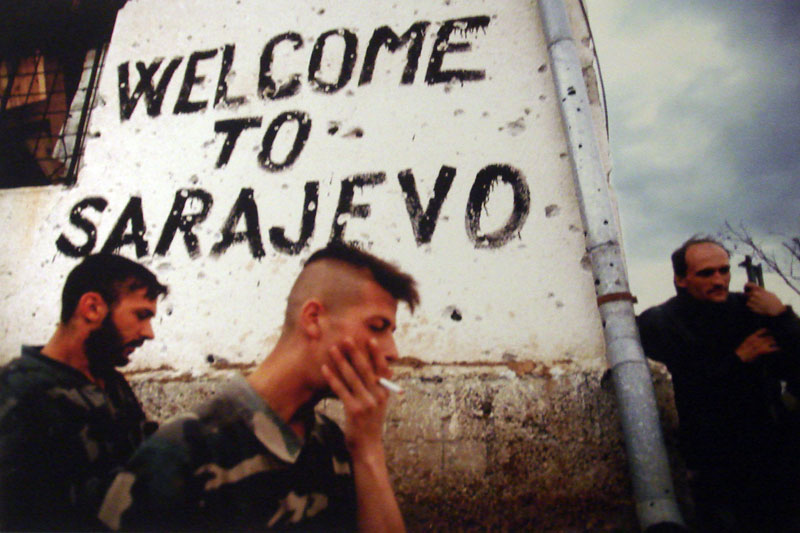 On the battlefield, the situation was very much in the favour of the Serbs who were supported by the Yugoslav Federal Army which had already been purged of the opponents of a Greater Serbia. Until the US decided to intervene in the balance of power, the Croats and the Muslims were the weaker part in the conflict, in terms of finance, human resources and arms. Yet, when the Croats found out that the Serbs created Republika Srspska, they thought they should annex a territory called Herzeg-Bosna, in order to create “the secular dream of having all the Croats in a single state.”

Alija Izetbegović, on the other hand, had another agenda:he pursued the objective of creating a single Bosnian state where its nationalities would be proportionally represented at a central level and its regions would enjoy a certain level of autonomy. However, this aim would prove very hard to achieve, since the conflict reached unimaginable heights of violence:both sides engaged in ethnic cleansing, in order to achieve a higher level of control in the areas they wished to annex. The atrocities continued on an even higher scale, because the International Community was slow to realise that unless it does something, sooner or later, the instability and conflict would spread to the whole of the Balkan area.

Yet, the mediation efforts of the EU, UN, CSCE (now OSCE) and the Contact Group (made up of Russian Federation, Germany, France, the UK and the US) failed to bring the issue in Bosnia Herzegovina to a resolution. These International Actors came up with some plans known as Carrington-Cutileiro, Vance–Owen, InvincibleorOwen-Stoltenbergand the Contact Group’s Plan which were refused every time by one of the parts involved in the conflict.

Only when the US realised it was high time it had to intervene between the parts on the battlefield to tilt the balance in the favour of the Croats and Muslims, did the conflict start to look like it could have a kind of resolution. After the bombardment of the Markala Square in February 1994, the Clinton Administration decided to try and get the Serbs, Muslims and Croats to sign a cease-fire which effectively brought the end of the armed conflict. The Americans also managed to bring together the Croats and Muslims by manipulating them into believing that the Serbs were their biggest enemies and not each other. Therefore, Washington simplified the geometry of war by reducing the number of combatants.

Also, the American mediation brought another party into the negotiations, in order to make them have more legitimacy whereas the parts were concerned. The Russian Federation became one of the parties in solving the issue which made Serbia more comfortable with the situation. However, Washington did not leave everything to the parts’ decision. In the beginning, the parts received the American mediation plan and all they had to do was agree on the details that were still to be negotiated. Moreover, Washington intervened directly on site and bombarded the Serb-controlled areas, in order for them to agree to the negotiations. The US bombardment arrived at a very important moment of the conflict:when it reached its ripeness. Ripeness is a term used in International Relations to express the right moment when a mediation attempt would be successful, when the parties would really engage in the resolution of the conflict.

Therefore, where other mediators failed, the US succeeded. The Serbs were losing ground on the battlefield and thus, were more than eager to negotiate, in order to keep the territories they already controlled. The US broke the stalemate of the conflict and tilted the balance in the favour of the Croatians and the Muslims. Richard Holbrooke, the mediator the Administration chose, was engaged in a shuttle diplomacy between Belgrade, Sarajevo and Zagreb, in order to determine the Balkan leaders to come on American soil to negotiate face to face. Holbrooke managed to do this, since the international situation was favourable to the US. Washington seemed a neutral and a peacemaker country, unlike the EU, which promised to offer to every party involved a satisfying resolution to the conflict. Thus, the American mediation seemed to hold the only alternative to mutual extermination. 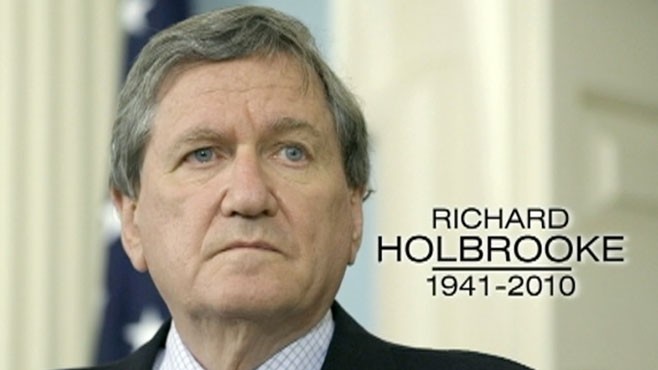 The actual negotiations took place at the Wright-Patterson Air Force Base in Dayton, Ohio. Nine delegations were present there, while Milošević was also leading Republika Srpska’s negotiators, since Karadžić was sought after for war crimes. During the Dayton negotiations, Holbrooke resorted to pressures and a strategy he labelled forceful bullying, in order to determine the Presidents of Serbia, Croatia and Bosnia Herzegovina to agree. He was the only one who managed to make them agree to something and stop the war in the former Yugoslavia.

Therefore, it seemed that Europe could no longer solve its own problems and that Washington was the only power able to solve the issue which arose in areas that weren’t where its main interests necessarily lay. The American mediation in Bosnia Herzegovina proved that the EU was not really able to have only one opinion on foreign policy and that its involvement at Dayton was only because the US decided that the European presence would give the negotiations more legitimacy.