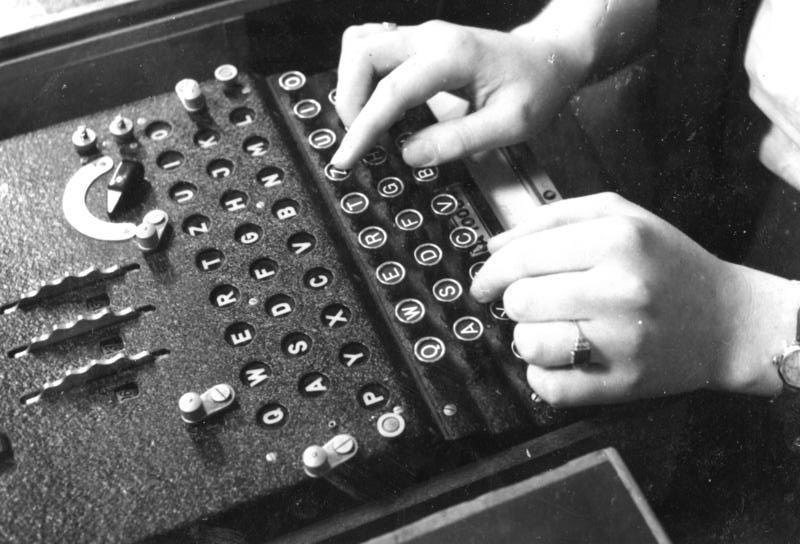 During the WW2, Germany as well as other countries created a secret system of communication. The system was able to send encoded messages to the Navy, the Air Forces and the Territorial Army. It was invented in the hope that Germany’s military messages would never be deciphered by the enemy.

After the 1919 Versailles Treaty, the German Army wished to better its communications system through the acquisition of certain machinery which was initially destined to the public market. However, it was not long before the Army designed its own machinery for encoded messages. The Heer bought it in 1928 and the Luftwaffe in 1933.

Arthur Scherbius invented the Enigma machine for commercial companies which wanted to have their own encoded system of communication. Yet, the electrical machine with rotors immediately entered into the use of the army. Although the Germans believed Enigma’s code to be virtually impossible to break, the machine was rebuilt by the Poles who delivered it to the British, in order to decipher Germany’s signals during the WW2.

An operator was able to write a message on the Enigma machine which encoded it by writing different letters from the alphabet with three or five jagged wheels. The receiver should have known very well how to use the wheels in order to decode the message. After some time, the Germans upgraded the machine by adding an electrical circuit to it.

In 1931, the British and French were unable to break the Enigma codes. Only after the Poles offered more details did the British manage to break a certain part of their messages.  Thanks to the connections with the German industry, the Poles managed to recreate the machine and thus, were able to read the German military messages between 1933 and 1938.

However, Enigma had not always been so efficient. Only in the spring of 1941 did the British manage to break the Wehrmacht’s plans to invade Greece, however they were unable to use this vital piece of information to their advantage:they did not possess the military forces required in the Balkans to stop such an invasion. Furthermore, the British were able to decode the Italian military messages and thus, were able to come to the aid of Admiral Cunningham who defeated the Italians at Matapan.

Yet, after these successes, the British realized that the only way to permanently access the German encoded messages was to capture the Enigma machines on the German ships as well as the books with the codes.

In order to raise the level of security of their secret messages, the Germans added in 1942 a fourth wheel to the Enigma machines found in the Kriegsmarine. The result was the appearance of the machines dubbed by the British Triton or Shark. Thus, the English deciphered virtually zero messages for almost one year which increased the Allies’ chances of being defeated in the Atlantic.

Yet, the WW2 was shortened thanks to the deciphered messages. The British knew every move the Wehrmacht made and this helped them keep Erwin Rommel out of Egypt. This did not happen in 1941, but in 1942 when he was stopped at Gazela.

Should the Allies have lost Egypt in 1942, they would have had to reconquer North Africa and thus, the invasion of France would have been delayed. Most likely, Overlord would have taken place in 1946 when the V weapons would have been fully developed by the Germans.

The success of the Enigma had always needed additional help, but since the Allies kept their code breaking secret until 1947 shows just how much it meant to the final victory.